Hello again, this is Veveil with another Standard article for Untapped.gg! Today I'd like to take a look at individual cards rather than decks. My specific focus will be on cards that have either become much more popular or fallen to the wayside based on over 480,000 Standard matches since Omnath, Clover, and Escape to the Wilds were banned. Let's dive into it!

The old champ comes out of years of retirement, struggles to find its footing at first (wait, do Oozes even have feet?), but is now back on top of its game! Scavenging Ooze excels in fair games of Magic where the graveyard matters. If you look at the lists above, you'll find that Scooze has play against every single deck but Temur Ramp, where it's mostly just a Grizzly Bears. The power and flexibility here ensures that Scooze will be a staple for months to come, though it will rise/fall in popularity with the success of green.

Current Standard is pretty fair (i.e. no viable combo decks) and heavily creature focused, which is great news for Bloodchief's Thirst. This is easily one of the best spot removal spells in Standard, and the presence of excellent 1s/2s like Innkeeper, Scavenging Ooze, Soaring Thought-Thief, Ruin Crab, Lotus Cobra, and more makes this exciting/common to cast for a single B. Expect to see 2-4 copies of this in just about every Bx deck going forward.

Vivien has the single biggest popularity increase of any card in Standard (nearly 8%), which makes sense given the shift in game pacing. Vivin is the class of card that needs a few turns in play to really do anything, and this sort of pace was ill-suited to the broken game states that Omnath/Adventures could rapidly create. Creature focused decks seem to be loving this as a sideboard option to help grind out control decks alongside The Great Henge. Generally seeing 1-3 copies of her, often alongside 1-2 Garruk, Unleashed, The Great Henge, Mazemind Tome, etc for diversity of engines.

On a personal note, it's about time! I've always loved this card and was sad to see how little play it saw in Standard, including before Omnath was even printed. Between Teferi, Time Raveler (makes Instant kill spells worse, always gets a card off of -3), Wilderness Reclamation (doesn't care about this), Fires of Invention (doesn't care about this) and Uro (good luck running an Uro player out of cards), Murderous Rider could never find the fair games of Magic it wanted. Things improved for it slightly after rotation, but it was still the wrong kind of card to attack Ramp decks. Well, after gracious help from the "referee", I'm pleased to report that Murderous Rider is finally a good card in Standard!

This is one of the best ways to answer expensive creatures/planeswalkers in Standard, as it costs a fair rate draws you a "free" 2/3 1BB lifelinker for your troubles. Main drawback is that it costs BB and can be a bit clunky given the loss of 2 life. Bloodchief's Thirst compliments Murderous Rider very well, as having Thirst for 1s/2s means you can hit 3s and above with Rider and not lose tempo.

The Great Henge is another grindy green card that is seeing a solid bit more play than before. With the departure of better ramp options and a shift towards green fatties, The Great Henge's stock in Standard has risen quite a bit. Expect to see 2-3 copies of this in most (non-Ramp) green shells going forward, and try to fit some ways to kill this if you are planning on playing long games of Magic. Recommendations for doing so include Elspeth Conquers Death, Banishing Light, Wilt, Shredding Sails, Gemrazer, Embereth Shieldbreaker, and more.

Elspeth Conquers Death was a huge staple in pre-Omnath Standard, but mostly fell off during his tenure. There are many reasons why this card struggled in the Omnath meta: it's slow, the Omnath decks played few removal spells (hurts Chapter 3), T3feri/Narset left which meant fewer targets for Chapter 3, and it couldn't remove a Lucky Clover. But with the ban of Clover and the move to fair games of Magic, this card is once again powerful and seems to be quickly rising in popularity. This is a key staple in Yorion decks, and helps them generate absurd value chains that can easily overpower other midrange piles. I expect this to crack the top 20 in popularity soon enough, as it is a value card that answers other value cards.

It feels wrong to include Bonecrusher Giant as a "loser", given that it remains of the best and most popular cards in Standard. However, in a strict numerical sense, that is actually the case; the departure of Omnath/Clover/Escape means that its best home (4c Adventures) no longer exists. As such, we are seeing about 5% less Giants than in the past, and could see fewer in the future if red struggles going forward.

Spikefield Hazard is seeing a bit less play than before, as we have exited the previous "two-deck meta" of Adventures (where this must kill Innkeeper) and 4c Ramp (where Cobra needs to die). I wouldn't expect this card to ever disappear entirely though, as Innkeeper/Cobra are still viable, and this is the single best answer to Skyclave Shade if it ever becomes popular. Whether or not to include Spikefield Hazard in your Rx deck is both a question of creature/metagame popularity, and a question of convenience. Taplands are never entirely free includes!

Essence Scatter was a very nice answer to Omnath, arguably the best answer available in past Standard (Omnath replaced itself, so you'd rather it not resolve in the first place). With Omnath gone and no commonly played draw-go/permission based control deck, Essence Scatter seems to have largely fallen out of favor for now. Expect to see this either trend down further, or rise suddenly if a Ux Control deck becomes popular in the meta. One last notable thing about Essence Scatter is that while Rogues could play this card, it has better options in Drown in the Loch/Anticognition.

This might be a surprise to see given that Rogues is still one of the most played decks in Standard. However, the Rogue hivemind seems to have spoken, and most players now prefer to play Lurrus over Brazen Borrower/Zareth San. This lowers the punch of the deck a bit, but gives it free card advantage every single game, keeps the curve very low and lets it fit in a ton of interaction. The banning of Clover and the lack of non-Rogue tempo decks  in the meta seems to have left Brazen Borrower entirely homeless for now. I still believe in the efficiency/flexibility of Borrower though, and doubt this will remain unplayed for the rest of its Standard lifespan.

Mystical Dispute has already proven itself as a multi-format sideboard staple, with plenty of appearances in Standard, Pioneer, Historic, and even Modern. This drop in popularity can be explained by the banning of Omnath (which both played this card heavily and was vulnerable to it and the drop in popularity of Genesis Ultimatum. This is still likely going to be a go to 2-4 of in any Ux sideboard though, and will probably remain so until it rotates.

The main winners from the post bans seem to be fair green cards, efficient black removal spells, and Elspeth Conquers Death. The main losers are Brazen Borrower and various situational answers to Omnath/4c Adventures. I predict a rise in Yorion/ESCD going forward, which could lead to a rise in Dream Trawler and/or Ugin decks, as a way to "skip" the value game Yorion decks are trying to force. I could be wrong though, as Standard is still very much in flux.

Thanks for reading! As always, you should contact me on Twitter if you have any questions/comments on the article.

If you haven't already, I can download the Untapped.gg Companion for all your deck tracking and personal stat tracking needs. You should also consider subscribing to our Premium subscription, which puts an absolute treasure trove of expanded data at your fingertips. Until next time! 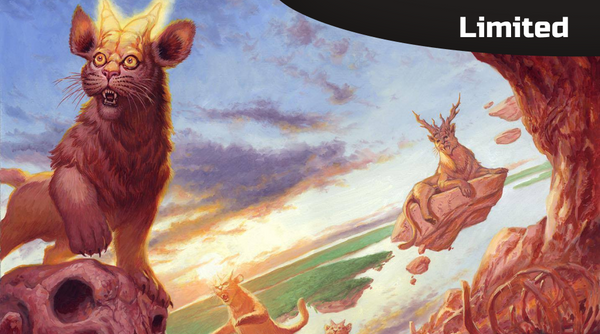 IntroductionHello this is Bryan "Veveil" Hohns, here writing my first article for Untapped.gg! Untapped.gg is an awesome resource for any aspiring Magic Arena grinder, and this is a statement I'd honestly make without any personal affiliation with the site. Having access to raw ladder data for Standard/Draft/